Find The Power Within Yourself

TO RISE TO THE TOP! 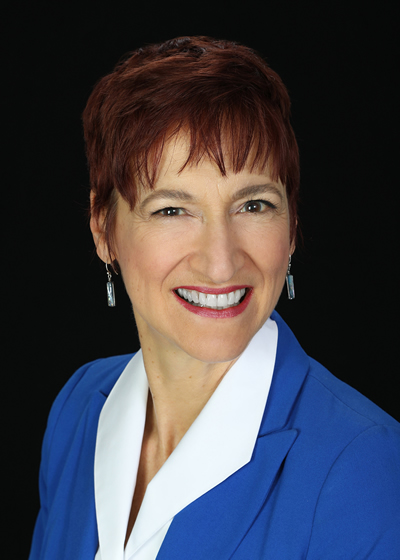 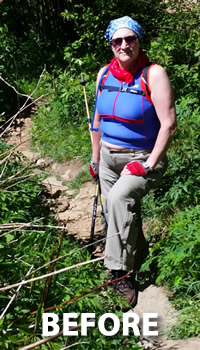 I went from a 14 to a 4 in our 3-phase permanent weight loss program.  Looking back now, I believe it was providence that I was my fathers’ advocate during the fifteen years that his mind deteriorated from the onset of dementia and then Alzheimer’s.  At the time of his passing in July of 2014, I began to take stock of my own health and happiness as I was absolutely convinced that my fathers’ lifelong habit of overeating and always having a bag of candy in his pocket led to his first heart attack at the age of 60, and ultimately a slow and painful decline as his mind and body succumbed to the effects of a lifelong diet of foods high in sugar, fats and salt.  My father was not overweight for most of his life, nor a consumer of alcoholic beverages, and only briefly a smoker, and yet his body and mind were no longer equipped to provide a graceful departure from this world with dignity.  My father grew up in the depression and was a charter member of “the clean plate” club as whatever was prepared would be eaten…or else!  I never heard the term “binge eating” or “binging” as I grew up, maybe because we all looked so normal and healthy.  Growing up, and even as an adult, I could always find Necco’s candy, or jellybeans or spice drops in the pocket of my fathers’ suit jacket.  When I lost all my extra weight, I discovered that I was and had always been a “binge eater”.  Watching my father finish all the hamburgers, the fries and the shakes that his four children could not finish was imprinted on my subconscious mind as normal and acceptable because to my mind, my father is an authority figure and a teacher.  Even though my mother was angry about it, I did not see that eating a half gallon of ice cream with chocolate syrup was a bad thing; I thought my mother wanted to save money.  Go figure.  My mother was very trim and shapely, and so accordingly, my father dubbed me “Big Lee” (jokingly, of course) and my mother’s response was “You’re not fat, you’re chucky”.  Either way, the subconscious mind has no ability to discern or evaluate; it simply collects data (facts and memories) and records emotions, thoughts, pictures, feelings, moods, actions creating an interactive database that becomes the foundation of who we are, what we’re about and what we think we are capable of.  As the subconscious mind records the “naming” of “big” and “chunky” over and over it accepts that truth until it is replaced with another truth.  I always thought I was “big”, even told I was built like my heavyset German grandparents.  I always wondered what I would look like without all the layers; I thought my lot in life was to be a large or an extra-large and a size 14 was just my size.  I did not know that my natural size was a 4!  I could not see a picture of myself as anything other than what I had always been.

My transformation began the day my husband and I accepted an invitation to an Atlanta Braves’ game from a couple in our dance club.  He is a world-renowned ophthalmic surgeon and she works in sales.  In the years I had known them, he had always been overweight, consumed alcohol and had a high-pressure job that included lots of travel.  The last time I saw them was at a Christmas party in December and it was now June.  As we approached the table, my jaw dropped as I could scarcely believe my eyes.  The man who rose to greet me was elegant, noticeably slimmer, especially in the face, and incredibly cordial.  Without reservation I asked him how much weight he had lost, and he replied, “thirty pounds”.  I was so impressed, I immediately asked him how he did it, and he said “hypnosis”.  The first thought that popped into my head was “I don’t want anyone to control my mind”.  I felt invaded just thinking about the word even though I knew nothing about his process.  I took the referral even though I knew I would not make the call.

Fast forward to November when we are invited by the same couple to spend the weekend with them at their home.  To my astonishment the eye surgeon has lost another 30 pounds!  Over the next three days, I watched him eating.  He never said, “I can’t have this or I shouldn’t have that”.  He did not look or act deprived in any way.  A man who would rather work on his computer than have a conversation was engaging us with personal anecddotes and taking walks in the woods.  In addition to losing 60 lbs., he appeared to be free of stress, happy in a way I had not seen before, calm and confident, caring and kind.

When we had dinner with them on New Year’s Eve, I became aware I was the heaviest woman at the table, and I didn’t like that.  (The woman who had been the heaviest had gone through the program using hypnosis and was now the Belle of the Ball!)  She was sleek, sexy, sporting a sassy new haircut and strutting her stuff!  I sat there sipping my Cosmopolitans and snacking on candy and junk food.  When I woke up on New Year’s Day with my sugar hangover, I knew I wanted to change.  On Monday morning, I finally called the number on the card which I had been given 6 months ago and the rest is the ongoing evolution of the woman I want to be!